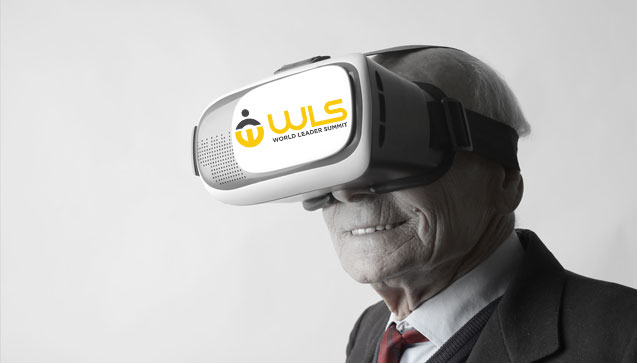 Facebook is trying to increase production of Quest 2 amid a global silicon chip shortage while planning regular software updates for its $299 headset that may put the headset, and its follow-ups, on a path that may convince some buyers to pick up a standalone VR headset instead of a Chromebook or tablet.
A recent talk between Facebook’s vice president in charge of VR, Andrew Bosworth, and consulting technical officer John Carmack offered some of the clearest insights we’ve seen yet into the company’s strategy in VR.

For instance, the talk revealed Facebook is planning to keep Oculus Quest 2 available to buy for a “long while” while making clear a more sensor-laden “Quest Pro” won’t be hitting store shelves this year. The conversation was held in Twitter Spaces, which doesn’t yet archive audio broadcasts. We recorded the interaction, however, and plan to post a full transcription and edited audio file later this week.

Oculus Quest’s Year Of Software
Another section of the talk refers to a “year of software” updates meant to deliver “a rolling thunder of product improvements for the Quest 2,” as Bosworth put it.

Back in January we learned Facebook planned monthly updates for Quest with the latest version, software v28, marking a significant milestone with the addition of “Infinite Office” features to bring your desk into VR and the ability to track a bluetooth keyboard with integrated trackpad so it is feasible to actually do some work in VR.

Carmack mentioned the need for Facebook’s VR products “to be something that somebody hard up for money decides I’m going to buy a VR headset instead of a Chromebook or instead of a tablet. And we need to do everything that those devices do. You know, we need to have similar app libraries. We need to be just as effective with keyboard and mouse. We need it to be something that you could put on your head and do the work that you need to do during a normal day.”

Carmack notes this type of use case has been regularly demonstrated for the better part of a decade, but they “were silly gimmicks at the lower resolution” inherent to earlier headsets. He noted the need to further improve the optics, resolution, and weight of headset designs over subsequent products, but argues that Quest 2 is “at the point where it’s becoming reasonable,” and they need to get the “software infrastructure in place” so that when the hardware is good enough they can tap into “hundreds of millions of users.”
“We can absolutely make it better than cheap little netbooks that people are hunched over in terrible posture,” he said.

Upgraded Guardian mode
The Oculus Quest and Oculus Quest 2’s Guardian mode is a good way to “paint” out a virtual space to prevent yourself from walking face-first into a wall. But until now, it was a little limited.

But the good news, as reported by UploadVR, is that the Quest headset is getting an upgrade that lets you mark out a chair or couch as part of your virtual environment.

This means rather than appear as a VR space boundary, the Guardian system will trigger a couch mode (basically seated VR mode) when you sit down in it without removing your Quest headset.

Currently, you have to draw a VR boundary onto a sofa or seat, meaning it marks the edge of your VR area and thus the headset won’t register it as a usable space. But with this upgrade, you’ll be able to mark out a couch by dragging a virtual rectangle across it to get its correct dimensions, in a similar fashion to how you’d mark out your VR space.

Once you’re done, the couch or chair will appear as a 3D model in the Oculus Home virtual menu environment. That means the chair will be recognized and you can sit on it, triggering the seated VR mode.

Just bear in mind that this upgrade is currently in an experimental process, so it may not have rolled out to your Quest or Quest 2 yet.

On the surface, this incoming upgrade might seem like a small one. But anything that makes the experience of using VR more seamless is definitely significant. Setting up a VR headset and measuring out the space you need, especially in a small room or apartment, can be a tricky process. So having the tools to simplify that is much appreciated.

Virtual Desktop streaming
Another Oculus Quest upgrade comes courtesy of the Virtual Desktop app, which has finally received Oculus store approval. That means you can now buy it in the main Oculus Quest store for $19.99, meaning there’s no need to go through the process of sideloading it.

Virtual Desktop means you can stream PC-only VR games to a Quest headset, as well as run other apps on your PC. And all this can be done wirelessly.
Furthermore, there’s support for Bluetooth mice and keyboards, as well as other peripherals. And you can even connect up to four computers to the Quest and switch between them on-the-fly.

‘Hey Facebook’ voice control
Another feature is also rolling out ot the Oculus Quest and Quest 2, in the form of “Hey Facebook” voice commands. This opt-in feature basically brings in a raft of Facebook’s existing voice commands to the Quest headsets when the microphone is turned on. When the mic is off Facebook can’t listen in.
The voice commands allow you to reset your headset’s viewpoint, navigate settings, and launch apps all with the power of your voice providing you utter the “Hey Facebook” activation phrase.

Combined, these upgrades demonstrate Facebook’s commitment to building out VR and show why a headset like the Oculus Quest 2 is our top pick for the best VR headsets. If you want one, check out our where to buy Oculus Quest 2 article for a suite of U.S. and U.K. retailers selling the headset.

When you are using Oculus Quest 2 to play PC VR with Oculus Link or Virtual Desktop, your PC has to not only play the VR game, but also has to stream it at the same time to the Quest, therefore it will require a more powerful graphics card. See the list of compatible cards here. As of 2020, the most affordable graphics card that can work with Oculus Link is GTX 1650 Super (not just a GTX 1650). Please note that unlike the GTX 1650, a GTX 1650 Super card will require a 6-pin power connector. Note also that when using Virtual Desktop, the more powerful your CPU and graphics card are, the better the graphics will be.
Here are the minimum requirements for Oculus Link or Virtual Desktop:
• Intel i5-4590 or better
• 8GB RAM or more
• GTX 1650 Super or better
• USB 3.0 port.
The cheapest and probably also the easiest way to get a PC that meets these specs is to get a used PC with i5-4590 or better, 8GB RAM or more, with Windows 10. I suggest looking for one with a tower case. A PC with small form factor can use only half-height PCI cards and the fastest low profile graphics card is the GTX 1650, which is not sufficient to run Oculus Link.

UPDATE: due to the rise in prices of cryptocurrency, graphics card prices have now spiked up as well.

Another option for a VR PC is to use cloud computing. With this option, you use a powerful PC to run VR remotely. This option is possible for wireless PC VR gaming (see below), but it cannot be used to run Oculus Rift S.