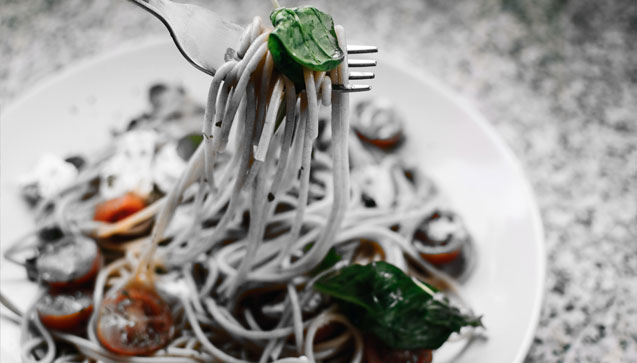 You might be surprised by what’s in your food
Country:
Designation:
Topic:

Packaged and processed foods are terrifying

Packaged and processed foods are terrifying
It’s nearly impossible to keep up with which ingredients are safe to eat and which ones cause some kind of harm.

When the Dietary Guidelines Advisory Committee advocate for eating less #meat in 2015, various groups in the meat lobby took umbrage and lobbied Congress. Unfortunately, the recommendations were never approved.

Our #foods are laden with additives that are meant to enhance their flavor, color and shelf #life which research has shown is bad for people to consume. Recently, we came across a 2019 article about a blogger, who researched the differences in the ingredients listed on food labels between the United States and the United Kingdom.

It’s shocking to see how many ingredients that are present in US food products, are simply not allowed in other jurisdictions.

Singled out brands such as some of the worst offenders. Artificial dyes are very commonly found in Americans’ food products. Although artificially dyes are very common in food products in America, that doesn’t make them safe to eat. It can be believed that U.S. companies continued to sell artificial ingredients laden products because they’re “cheaper to produce” and the companies “ can get away with it.”

This information launched people into action, prompting them to rummage through kitchen cupboards to examine the ingredient lists on the foods that they eat. Two caveats to this are that, generally, eat only healthy foods, which made it difficult to find much of the nasty stuff had read about. And secondly, as mentioned, where ingredient identification requirements are more similar to Europe than those of the US. Still, found a few ingredients that were difficult to pronounce and needed further examination.

Kids want a beautiful graphical box for their breakfast basket, but it contains high-fructose corn syrups, which is used in many processed foods, including sodas and snack items. This can contribute to unwanted calories, leading to weight gain, diabetes and other health conditions. While shopping the other day,I looked closely at some packaged foods I would never buy, like Lucky Charms. In addition to high fructose, Lucky Charms also contained the food coloring agent.

As a food additive it has been proven to cause many different side effects and allergic responses, including migraines, asthma attacks and eczema. In some Americans products, they use others coloring agents that sound even worse. Be wary of additives such as Yellow 5 and 6, Blue 1 and 2, Red 2 and 3, Yellow 5 and 6 and many others. Look up what these ingredients can do to your health. It’s frightening and appalling!.

In sweet pickles, there is sodium benzoate, which may be responsible for hyperactivity in children and if combined with vitamin C, it can be converted into a carcinogen called benzene. Don’t chase down your orange with a diet cooker.

Even sour cream contained an unfriendly additive called Carrageenan, a thickener made out of red seaweed. Some researchers indicated this additive negatively impacts digestive health and may be associated with intestinal ulcers and growths. Foods labelled as healthy alternatives can be very deceiving. Take healthy turkey bacon for instance. It’s not so healthy! It contains Sodium nitrates, which is used a lot in processed meats. Studies show this can increase your risk of heart disease.

As an authority says, it’s a whole lot easier to slap a healthy claim on a box of sugary cereal than on a raw potato or a carrot, within the result that the most healthy foods in the supermarkets sit in the produce section, silent as stroke victims, while a few aisles over cereals like Cocoa Puff and Lucky Charms are screaming their new-found ‘whole-grain goodness’ to the shoppers.”

So, what should we do with all this information? Well, it’s a great endorsement for changing your diet to one with fresh ingredients, especially fruits and vegetables. Consider planting a garden and growing your own produce. And think about generally buying less packaged foods. At the very least, take the time to read the ingredients list before adding something to your grocery cart.

If your mind is set on eating foods that contain unpronounceable ingredients, we suggest you try tomatoes, beans and blueberries.

They contain good things like lycopene (anti inflammatory), magnesium, potassium and many other antioxidants that are beneficial to your health.