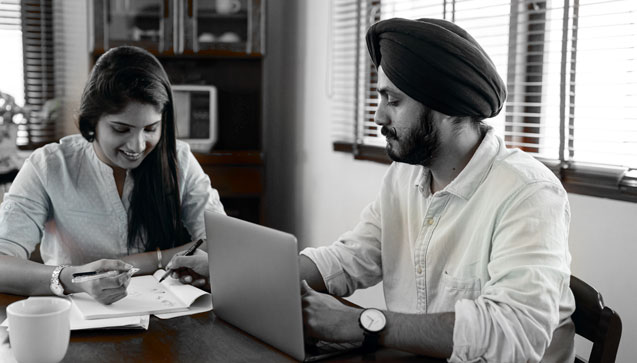 The growing uncertainty amongst investors, consumer hysteria and the disruption of supply chain caused due to the spread of coronavirus around the world has proven catastrophic in more ways than one. In the worst-case scenario, the pandemic is expected to cost the world economy a whopping.
The occurrence of businesses getting back in track remains ambiguous unless a breakthrough in the Covid-19 vaccine is achieved in the short term, followed by human trials and widespread administration of the vaccine.

In these cases of India, although the implementation of a nationwide lockdown has prevented the mass spread of the virus to a large extent, at this moment some experts have argued that India is likely to witness a second wave of the infection in the monsoon season. Of such a scenarios occurs a secondary phase of the lockdown is likely to be undertaken which would further disrupt the daily business operations of the economy depleting India’s gross domestic product (GDP) growth even further. In the last release by DataLabs By Inc42 — COVID-19 Startup Impact Report 2020: Threats & Opportunities For The Indian Economy — the government has calculated the total loss to start-upsDP inflicted by the 40-day lockdown to be $320 Bn.

In additional to the negative impact on the major sectors of the Indian economy, the tech startup ecosystem of the country is not immune to the havoc wreaked by Covid-19. A recent survey by Praxis Global Alliance concluded that 37% of the Indian startup CEOs interviewed only had 6 to 12 months of cash reserves left in their bank. The widespread uncertainty in the market clubbed with the curbing of Chinese capital inflow in the economy has resulted in an overall slowdown in the venture capital deal flow in the Indian startup ecosystem. Although some sectors such as— media and entertainment, Edtech, Hyperlocal essential services and fintech has witnessed unprecedented growth in demand the overall impact on the ecosystem has been quite devastating.

Amongst the numerous sector’s impacted by the pandemic, the worst hit is the MSME sector, which is often called the backbone of the Indian economy. In FY16, MSMEs provided employment to over 123 Mn people whereas the total GVA (gross value added) of the MSME sector was $568 Bn which was nearly a third of the total GDP of India in 2016.

In additional to this’ll, negative sentiment toward the market is evident among the purchasing managers of all the major economies in the world. The PMI index of India(which is calculated on the basis of five major indicators: new orders, inventory levels, production, supplier deliveries and the employment environment) witnessed a 2.7 point dropped from 54.5 in February’s 2020 to 51.8 in March 2020. Indicating the negative impact the pandemic has had on the country’s manufacturing sector.

From boostings the technical adoptions in India to creating new employment opportunities, Indian startups have played an important role in the all-round development of the country and the digital economy. One way to assess the value-addition of Indian startups to the Indian economy is the aggregate employee benefit expenditure of the startups — in FY’19 the aggregate employee benefit expenditure stood at $1.25 Bn, an increase of 33% from the previous fiscal year.

On recently month’s we haven’t witnesses payoffs, hiring freezes and salary cuts across some major startups in the country ranging from unicorns like OYO, Blackbuck, MakeMyTrip to other startups such as Limeroad, Fabhotels, Shuttl and many more. On out latest reports in the impacts of Covid-19 on the Indian startups, we have concluded that over 246 Indian startups have already undertaken layoffs whereas 278 startups have announced hiring freezes.
At the beginning of the pandemic, Redpoint Capital’s Tomasz Tunguz had compared the current state of fundraising to the financial crisis of 2008. In 2008, the investment velocity fell down by 50% in the three quarters following the stock market crash. Markets did grow back to their original levels, but it took nearly two years to get there. Many expert’s estimated a similarly timeline for the current pandemic-led crisis. Furthermore, accordingly today Sequoia Capital India managing director GV Ravishankar, what will change is that VCs will raise the bar for investments, so those companies that do not have a unique model might not get capital anymore. Therefore willing be rougher question’s from VCs to founders, funding rounds may take a little longer than usual to close. “People are going to slow down investing, for the most part, but there will be some that will continue to be active.”