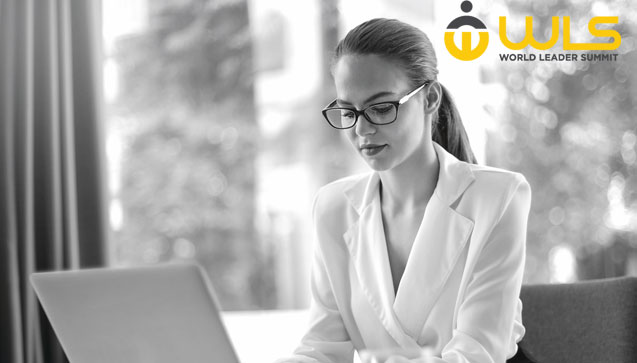 Growth vs scaling: What’s the difference and why does it matter?
Country:
Designation:
Topic:

Let’s begin with the most common distinction between these two terms. In general, we think of growth in linear terms: a company adds new resources (capital, people, or technology), and its revenue increases as a result.

By contrast, scaling is when revenue increases without a substantial increase in resources. Processes “that scale” are those that can be done end masse without extra effort – if I send an email to 10 people or 1 million, my effort is essentially the same. Which is why enterprises use email marketing so heavily. It scales so effectively. Or for another example – an insurance company that scaled business operations by simply switching to a cloud business phone system.

But this is just the technical distinction between the two words. Let’s look a little closer at what each looks like in practice.

Growing a business
Generally seen as the definition of a successful company, growth refers to increasing revenue as a result of being in business. It can also refer to other aspects of the enterprise that are growing, like its number of employees, the amount of offices and how many clients it serves — these things are almost always linked to growth of revenue.

The biggest problem, however, is that it takes a lot of resources to sustain constant growth.

Take for example an advertising agency that currently has five clients, but which is about to take on five more clients. Increasing the number of companies, it sells to will bring in more money, but chances are it won’t be able to get the work done without hiring more people.

Because of this, financial growth can only be achieved while making larger losses, too.

Companies that offer professional services, like the advertising agency above, will always have to deal with this problem. Taking on more clients leads to hiring more people to support them — while it increases revenue by adding clients, it has to increase costs at the same time.

Scaling a business
Because of the costs associated with growth, modern founders have become obsessed with the idea of scaling.

The key difference with growth is that scale is achieved by increasing revenue without incurring significant costs. While adding customers and revenue exponentially, costs should only increase incrementally, if at all.

A great example of a company that’s successfully figured out how to scale is Google, which in recent years has been adding customers (either paying business clients or ad-supported free users), while being able to keep costs at a minimum. As of 2017 it had seven products with over a billion active users each, while only employing about 88,000 people.

The difference between growth and scaling becomes clearest when a company isn’t a startup anymore, but is not a large corporation yet, either. At this critical stage the business will have to decide between growing at a regular rate or switching over to faster company scaling.

If it wants a shot at making a lasting impact on the industry and perhaps even society as a whole, it has to be done without accumulating a high amount of overhead.

Unfortunately there’s no clear-cut path to successful scaling — if there was, it would be much less impressive to build a million-dollar company. There are a couple of things to keep in mind, however.

Startups vs scaleups
Here we have two more terms that are often confused. You probably already have a firm grasp on what a startup is, but how does that compare with a scaleup?

An entrepreneurial venture that has achieved product-market fit and now faces either the ‘second valley of death’ or exponential growth.”

To put that another way, once a startup has proven that it has a product people want, it’s time to take that product to the masses. This usually requires massive investment in new people, offices in different markets, and lots of advertising in the form of hosting educational webinars, attending tradeshows, prospecting and closing leads, and other tactics.

Which actually sounds sort of counter to our earlier definition of “scaling” – increasing revenue without increasing investment. But if successful, a scaleup will add exponential growth with only linear or marginal investment. Essentially, if they can unlock new markets and reach new audiences, a scaleup will grow faster than previously possible.

Key challenges for scaleups
For the sake of argument, let’s imagine a business moving from startup to scaleup overnight. What was previously a local company with around 50 people in one cosy office is likely now moving international.

If it were simple, every company would do it. So what are the difficulties most scaleups face?

They need investment
This is the most obvious prerequisite: today, most young companies need significant investment (usually from venture capitalists) to scale up. This often comes in the form of series B or C funding.

They need scalable processes
Typical scaleups have a product that scales well – it appeals to buyers far greater than the current market served. But, because they’ve moved quickly as a startup, a lot of internal processes aren’t designed to scale.
The most obvious of these are company expense policies. As a small company, you don’t really need an expense policy. If someone needs to travel or buy something, they can sort it out with the founders directly. But once you have multiple offices and handfuls of people traveling at once, this is simply no longer an option.

It’s tempting to believe that diversification will be the catalyst for you to scale. Introduce a new product range or add extra services and this will unlock a flood of new revenue.

But “if a business is growing through an ad hoc series of actions and decisions, those start to fall apart as you grow larger. Small gaps will become chasms. Confusion and inconsistency will become chaos. And if employees are operating from their own playbook, there’s no way to deliver a consistent product or experience.

Achieving scale requires a level of repeatable and predictable systems. Refining and developing these systems is how companies are able to go from thousands of customers to millions.”