Stay Focused on Your Goals Not Your Critics: 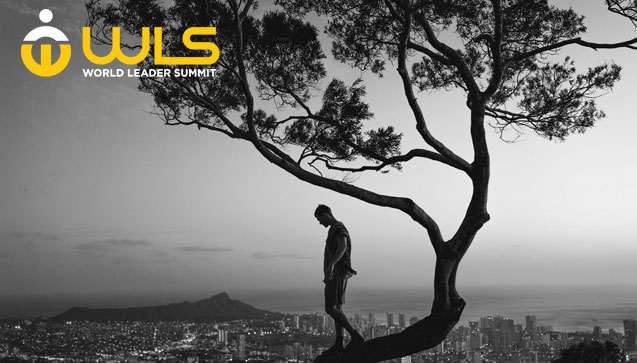 Stay Focused on Your Goals Not Your Critics
Country:
Designation:
Topic:

Many years ago, had the opportunity to run an organization. Excited about the possibilities ahead of us and the goals we could realize. However, instead of receiving unanimous enthusiasm for what thought was an exciting vision, some team members found fault with ideas and judged personally. They said agenda was too ambitious and self-serving. Some may think that you weren’t listening to what my constituents wanted.

Even though three-quarters of the team supported vision, fixated on the quarter that did not. You knew you was generally well-liked because you spent a large portion of time and energy on pleasing others. The thought that some people didn’t like you felt like a punch in the gut. You lost sleep, couldn’t concentrate, and lost five pounds in one week. You started to consider how you could give in to what the naysayers wanted, even though it wasn’t the right thing for the organization.

Eventually, after a lot of hard work, you figured out how to be resilient when being criticized. This enabled you to stand your ground and take actions that benefited the organization, not just your self-worth. Here are the lessons you learned from that experience:

Criticism is inevitable, especially if we invite diverse perspectives and boldly lay out a big vision. Unfortunately, our response to the disapproval of others may not be entirely within our control. Feeling “attacked” may trigger an involuntary fight-flight-or-freeze response in the amygdala. We may capitulate, cry, or lash out — actions we’ll probably regret later. We’ll probably also think of the perfect response but only after the fact. Instead of being caught off guard, prepare a list of three to five ways to respond to critics in the moment. Have these responses handy on your phone or a sticky note in case your brain draws a blank. For example, you might paraphrase what you heard to ensure you correctly understood what was said and demonstrate to the other person that you’re listening. Or you could say something like, “This is a new perspective. I appreciate your willingness to share a different point of view. I’d like to give this genuine consideration and get back to you.”

If it’s very important to you that people like you and your ideas, you may be particularly sensitive to any form of censure. But try to keep things in perspective. For example, in a meeting, small gestures from the team such as throat clearing or focusing on a phone during your presentation may be the result of an allergy or distraction not negativity toward your ideas. Instead of jumping to conclusions, ask what’s going on. You might say, “I notice you’re frowning. Is it related to what we’ve been discussing?” If the person expresses a concern, make sure you understand the degree of intensity, importance, or urgency of their disapproval. You might say, “On a scale of 1 to 10, how frustrated are you about this?” or “How important is this to you?”

If it’s the first time you’ve heard a certain judgment, become curious about the broader picture. Are you hearing this because this person is the canary in the proverbial coal mine and is the first to say something? Or is this a single instance, best set aside until you hear similar comments from others?

Apply the criticism to your role, not yourself.

We often mistake our role for ourselves. We take things personally that are not personal at all; they are a condition of the job we’re in. For example, the head of sales might find fault with the head of products — no matter who occupies that position. Instead of conflating yourself and your role, determine whether the criticism is about you or the issues and tensions your role naturally evokes.

Connect with your personal board of directors;

don’t isolate yourself. When we’re reeling from criticism, we tend to withdraw from others. Instead, reach out. Cultivate a diverse group of six to 12 people who are invested in your success and who will tell you the truth. Contact the members of this personal board of directors, share how the negative comments affected you, and seek their perspective and advice.

Take care of yourself; don’t try to push through.

If your colleagues’ comments are particularly painful, it might take a psychological and physiological toll.

You may find it hard to sleep or eat well. During these times, carve out more time for yourself. Identify two to three small rituals or practices that help renew your energy. It’s important that these actions are fairly simple so that you actually do them.

Some examples might be taking a three-minute walk outdoors to get some fresh air, connecting with a friend on your drive home, journaling for five minutes at night, or waking up each morning and thinking about one person you’re grateful for in your life. (Bonus points if you then send that person a note expressing your gratitude.)

After many long walks, you will realize that even though you spent most of your life trying to be likeable, it was an illusion to believe that you would be universally beloved.

To move forward as a successful executive, you had to develop a stomach for criticism — even if it meant a bruised ego. In the end, you talked to the people in your organization and acknowledged their various opinions. Then you will clearly be stated what the plan would be going forward and told the group that you hoped they would join you in working wholeheartedly toward the goals you had presented. Most of them did. Over time, you increased your resilience by following the steps above. You have learned to face the realities and benefits of diverse opinions and to value the parts of yourself that others may criticize.