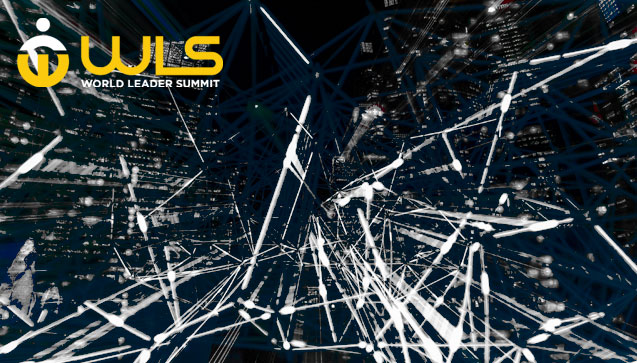 Widespread use of social media has changed the way we communicate, but many believe these changes aren’t necessarily positive. For example, lack of content moderation across social platforms have allowed misinformation to spread throughout the COVID-19 outbreak. According to the Centers for Disease Control and Prevention (CDC), that misinformation can impact conversations about COVID-19 among family, friends, and others.

Even before COVID-19, many users were dissatisfied with how major social media platforms were dealing with the challenges of misinformation, as well as censorship, privacy, political neutrality, user control, and malicious activity. These concerns have sparked an emerging trend: decentralized social networks, also known as federated networks.

What are Decentralized Social Networks?
Decentralized social networks operate on independently run servers, rather than on a centralized server owned by a business. Mastodon is one example of a decentralized social network. It is based on open-source software and functions a lot like Twitter. Another example is a company, which runs on a social blockchain. Blockchain technology allows data entries to be stored in servers anywhere in the world. It fosters transparency, as the data can be viewed in near real time by anyone on a network.

Decentralized social networks give users more control and autonomy. An individual can set up their social network and determine how it operates and what users can say. Instead of having content monitored by a corporation, the founder of a federated social network can establish the terms of acceptable behavior for the site.

The Fediverse
Decentralized social networks make up the fediverse, a term for a collection of interconnected servers used for social networking and other activities such as blogging and web publishing. An independently hosted federated network can interact with other networks in the fediverse.

This is one of the primary differences between decentralized social networks and popular social media platforms, such as Facebook and Twitter. For example, Twitter only allows users to send and receive messages to other people with Twitter accounts (e.g., Twitter users can’t send messages to Facebook accounts because there is no cross-platform alignment). Federated networks, on the other hand, allow users to engage across platforms.

Email offers an example of how federated social networks work. Take, for example, Google and Yahoo. Each company sets email rules for its users. Google does not impose regulations on Yahoo’s users. Yet, Google users can send emails to and receive emails from Yahoo users and vice versa. Federated networks work similarly.

Pros and Cons of Decentralized Networks
Social media promotes connectivity, community building, and knowledge sharing. People can use social media to drive social and political change, bring awareness to important issues, raise funds for those in need, and promote their businesses. However, social media’s ugly side can include cyberbullying, political misinformation, and even criminal activity. Because decentralized social networks are largely unmoderated, both the positive and negative outcomes become more extreme.

User Control, Free Speech, and Censorship Resistance
Corporate entities control major social media sites, and a small group of people within these companies sets the rules of engagement. This has raised concerns about free speech and censorship among users. Last year, Facebook enacted high-profile bans on individuals from all sides of the political spectrum. Banning violent, hateful, and dangerous messaging helps protect social media users from malicious online activity, but some believe the bans run contrary to ideals of free speech.

A decentralized social network allows users more control. Unlike centralized social networking platforms, federated networks foster independence without a central authority. Benefits include censorship resistance, ownership over personal data, and improved control over user-generated content. In other words, users do not accept censorship and insist on having the final say on their content. This means no one else, whether a corporation or site administrator, can make modifications to content created by users. No one can remove content generated by users, either.

In a federated network, no single group can dictate other groups’ rules. For example, anyone can run their own social media site without a central authority, meaning they (and other users) can post anything they want without worrying about having their post taken down. A downside of this structure is that hate groups also have the freedom to launch their own social media sites. While individuals can block these groups, they cannot prevent them from engaging on the network.

Personal Data, Privacy, and Security
User concerns about control of their personal data have led to the establishment of the General Data Protection Regulation (GDPR). The legislation considers users “data controllers.” Social media companies are known as “data processors.” The GDPR definition of data controller means that users own their own data. By law, companies must hand over more control of personal data to users. Companies are penalized for not following GDPR regulations.

Decentralized social networks have provided another answer to data privacy and security. On federated social networks, users can create accounts without having to link to real-world identities, like email addresses or phone numbers. Furthermore, these networks often rely on public-key cryptography for account security, rather than relying on a single organization to protect user data.

While this can create advantages from a data security perspective, it also presents challenges. For example, bootstrapped federated social networks may shut down because of a lack of funds, causing users to lose their data and connections. In this instance, users have no simple way to reconnect with others on the network because federated networks do not keep records of personal data on servers. In terms of privacy, these platforms do not necessarily encrypt data, which means that private messages may be visible to administrators.

Economic Neutrality
Economic neutrality is an essential ideal for many who turn to decentralized social networks — they wish to liberate themselves from invasive advertising and the risk to privacy it poses. Federated networks look to new forms of monetization to remain solvent. They often use a form of digital currency, such as Bitcoin, to keep operations running. For example, a company pays its users for creating or curating intriguing content, which incentivizes content creators to focus on quality. It gets its money from investors who believe the platform will grow in value over time and will one day be profitable.