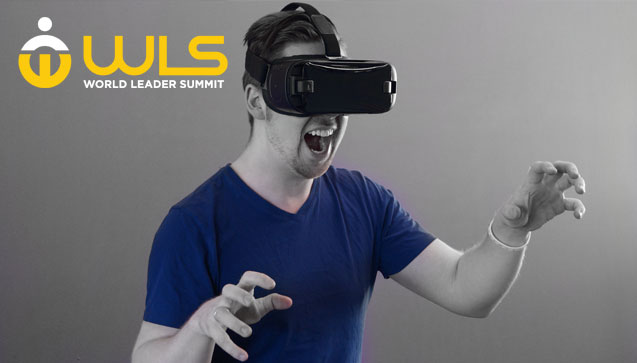 Technology in the sports industry has become an initial tool to help teams continue to develop and grow. Coaches and players are utilizing the latest technologies to improve their fitness and mental resilience, while the clubs are also investing in new technologies to help improve fan experiences.

Virtual Reality is at the forefront of this tech revolution within the sports industry, with the Oculus Rift VR System leading the way. VR has grown massively within the past year and the sports sphere appears to be fully immersing itself in the world of VR.

Here’s how VR is revolutionising the sports industry today.

HOW VR IS IMPROVING PLAYER PERFORMANCE

VR in sports is becoming a cutting-edge way for teams all over the world to assess and improve player performance. Coaches and players are able to train better by watching and experiencing real-life situations over and over again, improving their tactical awareness and mental resilience.

Vincent Kompany has recently invested in Manchester-based startup, Rezzil, a tech company looking to lead the way in VR training and cognitive development. Rezzil are working with elite footballers, at some of the world’s leading football clubs, to help improve their decision-making and match-readiness skills.

Kompany and Rezzil believe their VR tech could help players improve their cognitive abilities when injured, something Kompany himself has struggled with when suffering from a long-term injury.

Experiencing VR gameplay scenarios, using virtual reality sports simulators, could help players to keep their minds sharp when suffering from long-term injuries, as well as helping them prepare for the tactical side of the game upon their return.

VR isn’t just revolutionising the sports industry for players, fans are also experiencing the game like never before.

FANS CAN ATTEND SPORTS MATCHES USING VR
That’s right, clubs are now investing in VR technology to enhance fan experiences and allow them to watch matches, as if they were physically there, using VR technology. A VR headset and app are all you’ll need to be able to experience the action live and in the comfort of your own home.

VR in sports appears to be a great investment for clubs with fans all over the world, allowing those who can’t afford the luxury of attending matches to get a piece of the action. During the International Champions Cup in July 2018, the Manchester United vs FC Barcelona match was live-streamed in VR for fans all over the globe to experience. In the aftermath, the match highlights were also available through NextVR, providing a totally unique experience for football fans.

FANS CAN NOW EXPERIENCE SPORTS FROM THE PLAYER’S PERSPECTIVE

Some progress has been made in terms of fans being able to experience sports from the perspective of their favourite players. Spanish startup, FirstV1sion, have created wearable, body-cam technology that can stream on-field experiences straight to their fans.

This wearable VR technology has already been used in several basketball games, including the Euroleague final, and has even made an appearance in the RFL for a game between Leigh Centurions and Warrington Wolves. It’s anticipated that this kind of body-cam technology will soon become a fan favourite, with more clubs and sports looking to utilise the technology.

WHAT DOES THE FUTURE HOLD FOR VR IN THE SPORTS INDUSTRY?
The future of VR sports looks to be certain. With many technologies still in their early stages, there is plenty of room for VR in sports to reach its full potential. The investment from players like Vincent Kompany will help to further cement this.

Here at the Case Farm, we’re passionate about the future of VR in the sports industry and other sects. That’s why we’ve developed VR cases with waterproof and dustproof properties, so you can be sure your VR equipment is completely protected with a VR case from the Case Farm.

Athlete and team performances:
Combination of biological sciences and technology such as artificial intelligence, machine learning and data analytics can be used to
– Track real-time performance of players
– Generate reports on players performance
– Track body movement, position, speed, etc.
– Track their real-time physical conditions such as heart rate, body temperatures, etc., which along with their medical history records shall provide insights for any required action
– Generate insights on player’s reactions or performances under specific conditions of weather, environment or stages of a game

These insights can be used to enhance the players’ performance, prevent injuries, improve player safety and plan a game strategy; opponent teams can also use these insights to prepare their counter strategy. Real-time data can be collected using sensors in the players’ clothing, sport equipment, etc.

During practice sessions, players can use Virtual Reality and Augmented Reality to practice their moves or drills in a simulated match-like environment. This shall help them for match-practice irrespective of the space, people or weather constraints.

These technologies shall also be helpful for referees to make correct and accurate decisions through enhanced viewing and access to real-time data.
Fan experiences:

Digital technologies can enhance in-stadium as well as out-stadium experiences of fans.

Some of the in-stadium applications are as follows:
– A virtual-reality driven experience, which enable fans to take selfies with their favourite players or face-off them and compete with them in their sport
– A stadium facilities app that enhances in-stadium fan experience such as allotting parking space in real-time, digital tickets, assistance in stadium navigation, regular score updates, order food and beverages to deliver on the seat, update on stadium washroom queues, etc.
– Access to high speed internet in the stadium, which shall enable fans to access social media while watching the match
A few out-stadium applications are as follows:
– Virtual Reality headsets that offer simulated in-stadium live match viewing experience, along with the ability to choose the camera placed at various angle for personalized viewing; it can also offer a 3D viewing experience
– Use of drones for camera angles that were traditionally difficult to access
– Contests for quizzes and predictions at various stages of the game; ability to interact with friends while watching the match; access to behind-the-scenes actions of the fans favourite players or team
– Over-the-top (OTT) service platforms are increasing in popularity as they offer more personal and flexible services to the consumers; they can view the content with smart phones or tablets to watch their favourite sports live any-time any-place, which is a huge change in consumer behavior and consumption pattern compared to traditional television.

These enhanced experiences are likely to increase the engagement of existing fans as well as attract new fans to increase the reach and market of the game and convert the new fans into loyal fans.

Compared to PC and console gaming, mobile gaming is likely to grow the fastest as the price of purchase for mobile phones is lower compared to other gadgets, which enables more people to purchase mobile phones.

Improvement in mobile technology and capabilities along with reduced price of internet connectivity with improved services, improves players’ gaming experiences. Moreover, businesses are moving towards free download of mobile gaming apps with in-app purchases, which people prefer rather than paying for the game upfront before playing experience or engagement.
esports:

esports is an organized competition or a tournament, where professional players and teams compete in multi-player games. Application of digital technologies has lead to the rise of esports market, which is expected to grow at CAGR 12.09 percent to cross USD 1.5 billion by 2023.

During 2019–23, viewership of esports is likely to grow at a CAGR 9.0 percent to reach 646 million by 2023. Esports attracts a loyal consumer base of millennial young males, who are passionate about competing in video games. This consumer base not only likes to play the virtual games but is also passionate and loyal viewer of the professional contests of esports, either in-stadium or out-stadium (through live streaming on their phones or tablets). As contests are beginning to take place regularly in large stadiums having capacity of tens of thousands of viewers, the esports arena is showing the trend of becoming more mainstream (and is no longer a niche for only a handful of players and fans).

Esports allow fans to interact with each other, especially while live straming of contests, which make them feel a part of the larger esport community. Also, through various contests with international participation, it provides them exposure to the international players and teams, who excel in playing a particular game.

With the growth of esport market, even betting industry related to it is likely to grow. In 2019, the betting on esports was estimated about US$ 8.0 billion.

We always have a tendency to get hold of new technology and to know more about new concepts and technological innovations. If you would like a more detailed information on the same and how new technologies are ruling the world you can follow the website deepwebtechknowledge.com for a deeper insight.